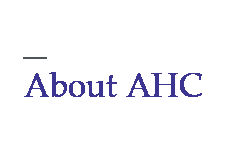 The APEC Harmonization Center is established under the authority of the APEC Life Sciences Innovation Forum (LSIF). Korea presented a proposal for a harmonization center, referred to as the AHC, at the sixth LSIF in August, 2008. The proposal included substantial self-funding from the Government of Korea and was widely supported at LSIF. In November 2008, APEC Ministers specifically endorsed the AHC in their Joint Ministerial Statement: “Recalling our commitment to promoting regulatory reform and harmonization, we welcomed and endorsed the establishment of the APEC LSIF Harmonization Center in Seoul as a key step forward.”

Established by APEC Leaders as an Industry Dialogue in 2002, the LSIF has since grown to become APEC’s leading initiative on health and health science innovation. It is a tripartite forum that engages representatives from the highest levels of government, industry and academia to create the right policy environment for life sciences innovation. The LSIF brings together scientific, health, trade, economic and financial considerations to address the challenges of infectious and chronic disease and ageing populations. Guiding principles include transparency, meaningful dialogue with stakeholders and recognition of due process. Capacity building is critical to successful implementation. (To know more about APEC LSIF, click here)

APEC Harmonization Center, as an organization under the APEC LSIF, engages with and seeks input from representatives of government, industry and academia in order to support sustainable economic growth and prosperity in the Asia-Pacific region.

AHC is established under the support or APEC LSIF, and the (four missions) are performed by the Ministry of Food and Drug Safety (MFDS) with support of the Advisory board.